Introduction to the Archive
Donate an Artefact

For more information, or for specific footage enquiries, contact:

During the early 1900s, the Royal Aircraft Establishment (RAE) was created at Farnborough and soon became one of the most successful aeronautical research organisations in the world. Some of the greatest advances in aviation technology emanated from its laboratories and workshops, and working alongside the scientists were expert photographers who filmed many of their extraordinary experiments.

FAST rescued much of this unique footage from imminent destruction as part of its commitment to preserving Britain’s aviation heritage.

The FAST film archive contains hundreds of hours of historic footage from the RAE, which spans several decades across most of the 20th Century, and chronicles the pioneering work of British scientists and aviators in the research and development of aviation.

FAST archive footage has featured in numerous documentaries, films, adverts and DVDs produced by broadcasters and programme producers all over the world including the BBC, Channel 4, National Geographic, IWC Media, PBS America, Fremantle Media, Discovery Channel and the Smithsonian Channel to name just a few.

Some of the many highlights include:

and much, much more!

A small sample of the many programmes featuring footage from the FAST archive: 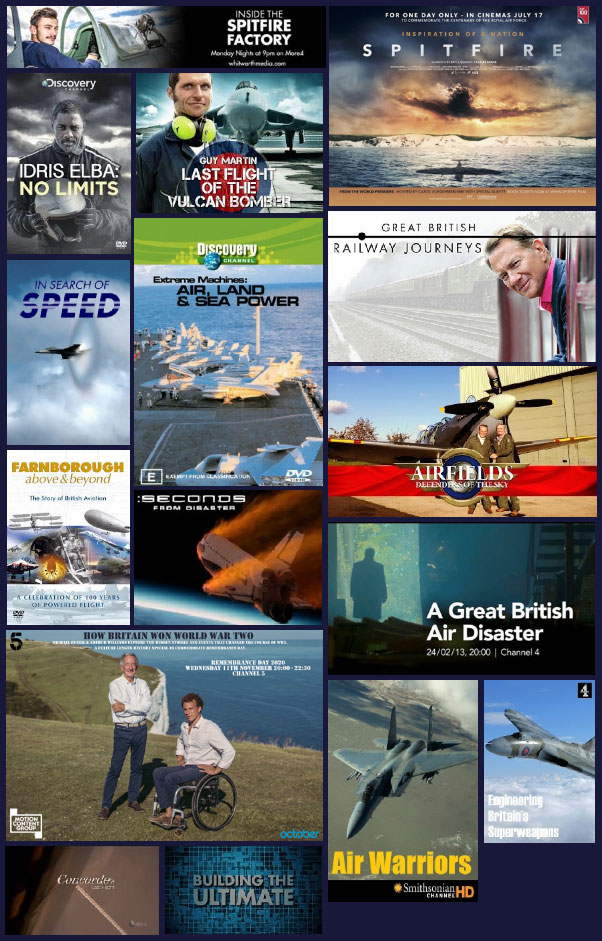