What’s at the Museum

The museum has acquired aircraft, parts of aircraft, nose sections and cockpits of historical and scientific interest, many of these are on display in the grounds of the museum.

The museum’s Trident 3 G-AWZI is owned and on loan from Andrew Lee. Zulu India first flew on the 4th August 1971 and was delivered to British European Airways (BEA). Her last flight was in 1985 undertaking a Shuttle service from Glasgow to Heathrow. After being scrapped, her flight deck was purchased by Andrew who, with a group of enthusiasts, restored her to her former glory. She was moved to the museum in 2003 where she was opened as an exhibit by the late Capt Tony Angus.

Once a familiar sight and sound in Hampshire’s skies, the Army Air Corps’ Westland Lynx AH.7 was finally retired from service on 31st July 2015. This example, ZD280, has been loaned to Farnborough Air Sciences Trust. 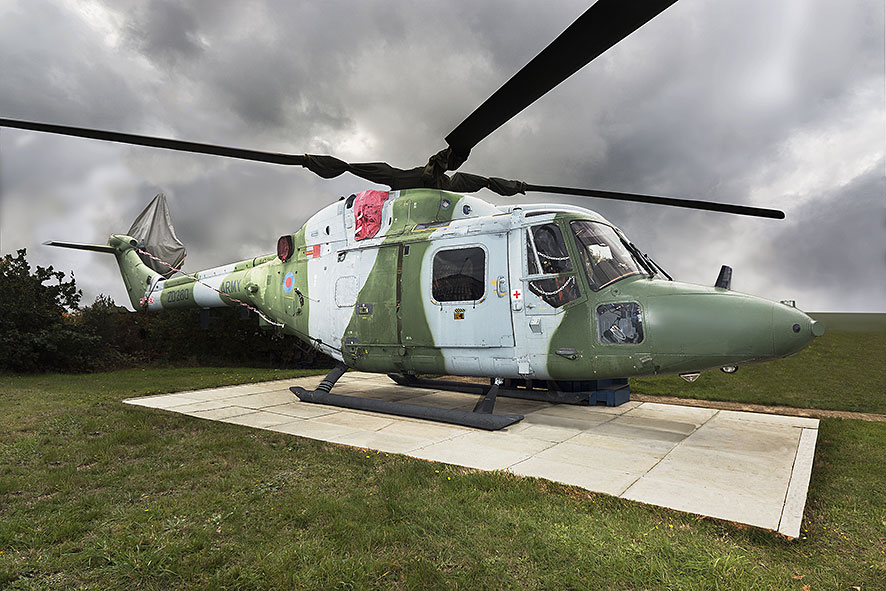 The Hawker Hunter T7 variant was developed from the Hunter F.4 as a private venture by Hawker Aircraft during 1954. XL563 was the first production aircraft and first flew on 11th October 1957. After completing release trials with Aeroplane and Armament Experimental Establishment (A&AEE) Boscombe Down, and then a short stint supporting trials at Filton, it was delivered to the RAF Institute of Aviation Medicine (IAM) at Farnborough on 2nd May 1963. The aircraft remained at Farnborough for over 30 years until retirement on 9th July 1993 and completed 2,979 flying hours. The aircraft served as the test bed for many aviation ‘firsts’, contributing significantly to the safety and operational effectiveness of current aircraft and their crews world-wide, civilian and military. 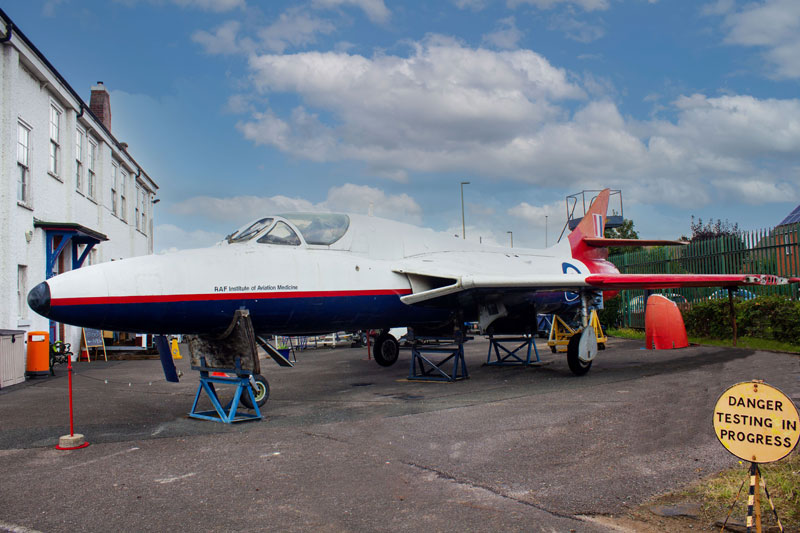 The Lightning was the first and only interceptor to be designed and built in Britain that was capable of supersonic speeds in level flight.  The Rolls-Royce Avon 302 powered fighter was a complex machine that evolved over time, contributing for several decades to the UK’s Quick Reaction Alert (QRA).  It continued to undertake this role until the last two squadrons in service, 5 and 11, were retired in December 1987 and April 1988, respectively.

The Lightning at FAST is T.5 XS420, a two-seat training variant of the F.3 fighter. It is on loan to the museum from owner Richard Hall. 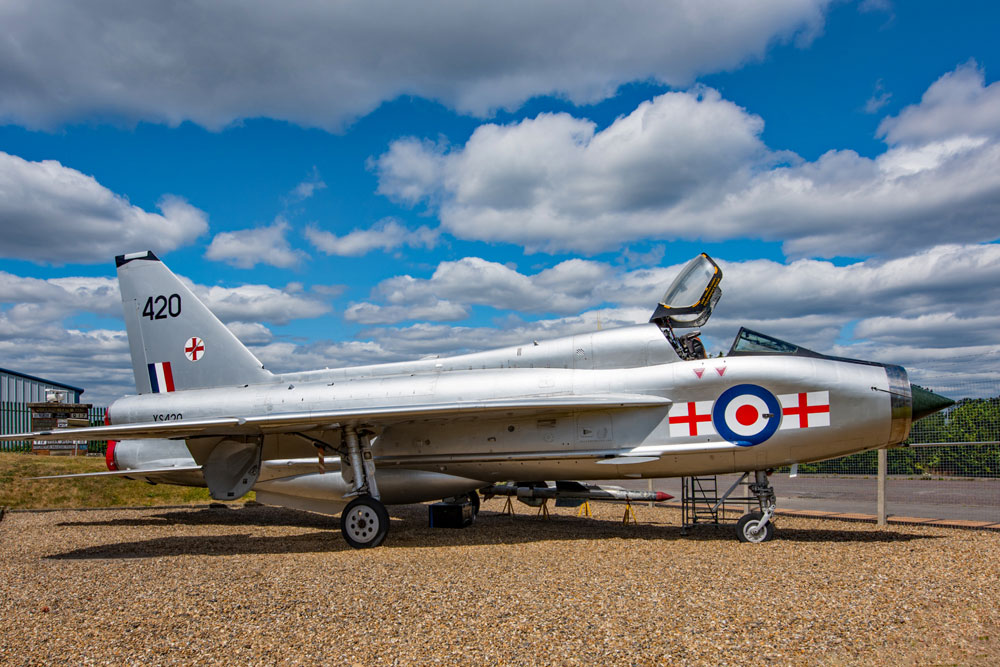 The Gnat was generally used as a training aircraft by the RAF CFS and No4 FTS at RAF Valley for some 16 years. This airframe returned to instructional duties at RAF Cosford in 1978 before being allocated to Farnborough, where it was used for studies in airframe vibration before retiring to the FAST Museum. 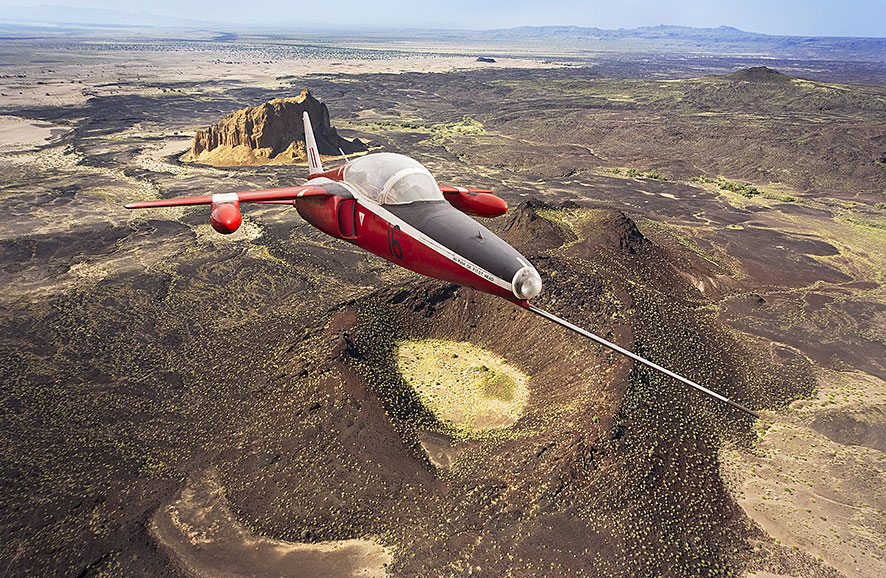 This aircraft was the first generation of the Harrier series, the first operational close support and reconnaissance fighter aircraft with a Vertical/Short Take-Off and Landing capability (VSTOL). The Museum Harrier XW934 (C/N 212017) was flown to RAE Farnborough in 1990 at the end of its service life and was used as an Electromagnetic Compatibility test vehicle, it was donated by QinetiQ to FAST in 2009 and is complete with all its systems. 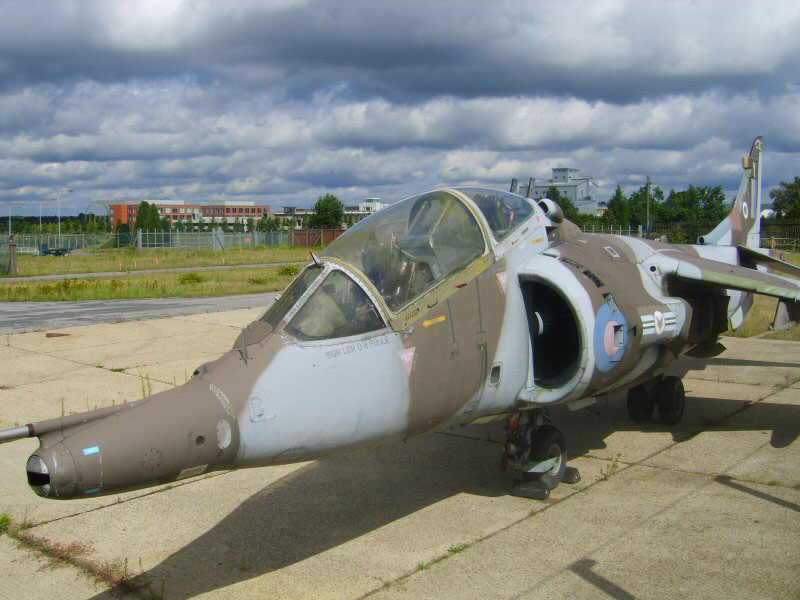 This helicopter was acquired by RAE Bedford in 1973, where it was extensively modified to support a wide range of research activities. The aircraft was employed in a number of experiments using specially modified main rotor blades to gain an understanding of rotor performance aerodynamics; the first time this had been done in flight. The work completed using this aircraft facilitated the record breaking Lynx Helicopter and subsequent British Experimental Rotor Programme for which a Queens Award for Industry was made to DRA and Westlands. 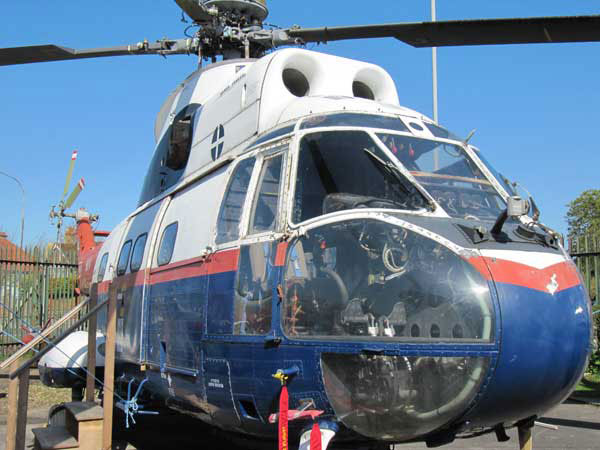 This aircraft was the initial RAF Jaguar B (two-seat Trainer) and the final prototype (B08). The aircraft was used extensively through its life to support trials, flying until 1985 when it was retired from flight. It supported further ground-based activity until being delivered to FAST in 2004. 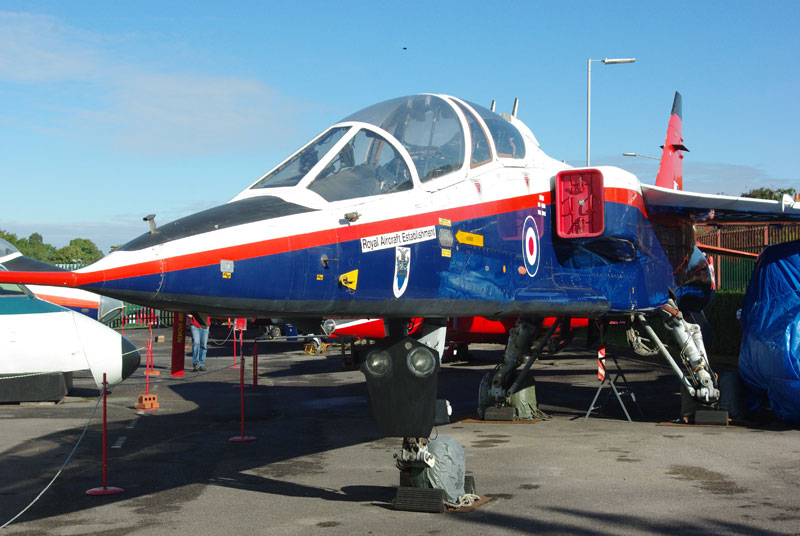 Built by English Electric at Preston, this Canberra carried out its first flight in 1955 and arrived at Farnborough in 1957. It carried out trials-flying up to the mid-1980s when it was retired from the RAE fleet, after a stint allocated to A&AEE Boscombe Down for apprentice training it was moved to the Museum. 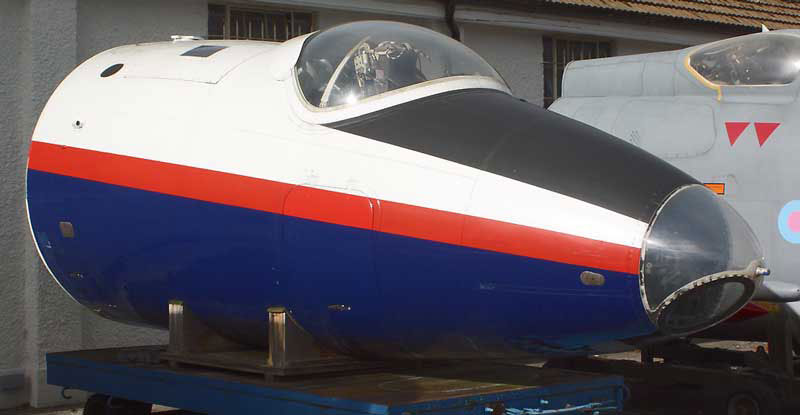 THIS AIRCRAFT IS NOT CURRENTLY ON VIEW

The Jindivik is a target drone produced by the Australian Government Aircraft Factory (GAF). The name derives from the Aboriginal word meaning ‘the hunted one’.  The prototype drone flew on 28th August 1952 and many were in use by the RAE at the Llanbedr establishment and fired over the Aberporth test range.  This drone stands on its original launch trolley and completed 12 sorties before retirement to FAST. 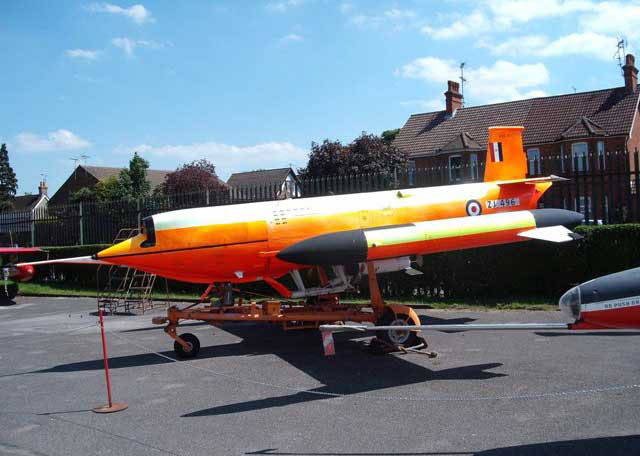 This Hunter WV383, originally a single seat F4 and later converted to a 2 seat T7, was fitted with sensors and displays specifically to support airborne research and demonstration trials. This aircraft was delivered to the Museum in June 2002. 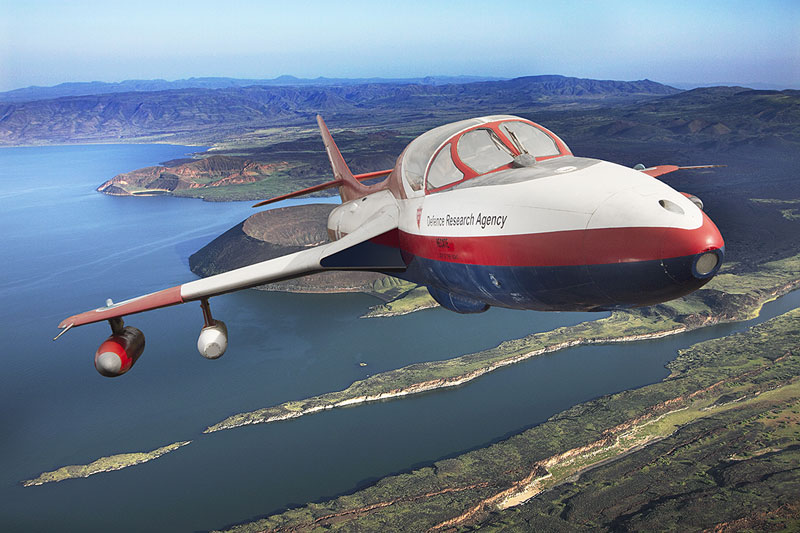