The historic Wind Tunnels at Farnborough are some of the few remaining buildings from the world famous Royal Aircraft Establishment. Saved from demolition by FAST and given listed status, these magnificent buildings were at the forefront of aerodynamic research and development from the early 1930s until 1994.

The buildings are not open to the general public and tours are operated exclusively by volunteers from the Trust with the kind permission of the Farnborough Business Park Owners and Management Team. 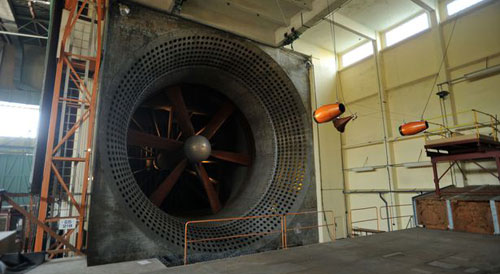 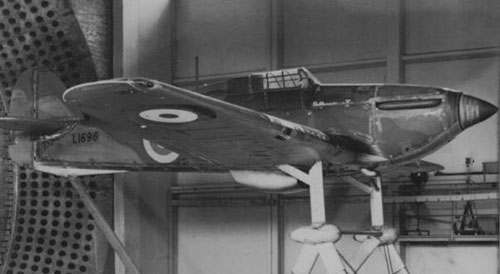 WHAT IS A WIND TUNNEL?

Find out what wind tunnels are, how they work and their history and development at Farnborough. 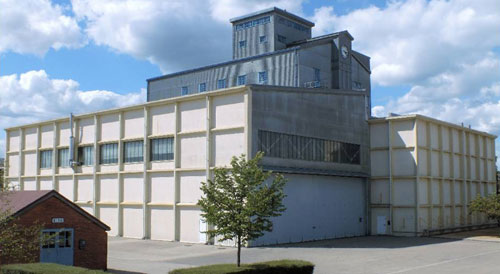 Explore the unique listed buildings that developed and housed the wind tunnels at Farnborough’s historic site. 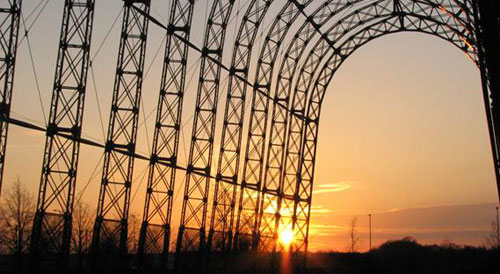 Learn about the historic portable airship hangar that has been restored to the centrepiece of Farnborough Business Park.

What is a Wind Tunnel?

A Wind Tunnel is a precision instrument which produces a stream of air at constant speed and high quality in a repeatable test environment.  Engineers and scientists use them to measure how objects react to a flow of air as it passes over them.

Wind Tunnels come in all shapes and sizes and anything that interacts with an air flow can be tested, not only aircraft (see slide pictures of a car and tree being tested at Farnborough).

The historic Farnborough Wind Tunnels were at the forefront of aviation development when Britain led the world. These machines were in use years before the arrival of computers. 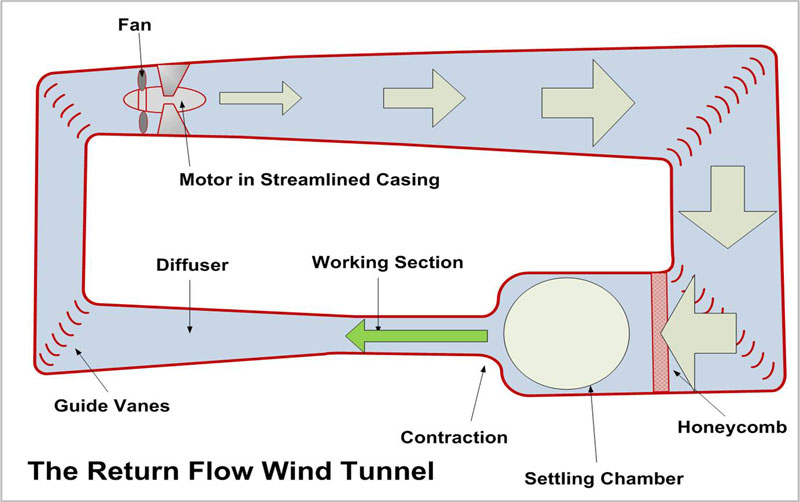 Most modern wind tunnels are of the return flow type.

The fan forces air around the tunnel and, as the cross section changes, it produces a precisely controlled flow in the working section where objects under test are placed.

You will learn more about this as you explore the tunnels on a Wind Tunnel Tour.

Wind Tunnels come in all shapes and sizes; large and small from very low speed to hypersonic capability.

The RAE at Farnborough was instrumental in wind tunnel research and development throughout the 20th Century.  The first factory wind tunnel (known initially as a ‘wind channel’) was built at Farnborough in 1907, consisting of a wooden framework covered with canvas which had wallpaper pasted over it to make it airtight.  This early wind tunnel was initially used for propeller testing and to determine the best streamline shape for early aircraft struts and airship envelopes.

Between 1917 and 1918, two new wind tunnels were constructed in R52 Building.  In the 1920s research improved the efficiency of wind tunnel operation.  Apparatus for radiator tests and the drag and heat dissipation characteristics of heat exchangers was also developed.

The first wind channel built at Farnborough in 1907

Cooling Tests in the 24ft wind tunnel in the 1930s

An idea of scale!

Work on a much bigger, 24 ft diameter, wind tunnel began in 1932 to allow full scale testing of aircraft.  The tunnel was to be housed in a steel and re-inforced concrete building some 230 ft in length, 140 ft wide and 50 ft high (Q121 Building). Electric motors of 2000 hp produced a maximum airspeed of 115 mph. The tunnel was officially opened on April 4th 1935 and the first aircraft to be tested was a Gloster Gauntlet fitted with a Bristol Mercury engine.

Also in 1935 plans were approved for a new atmospheric general purpose tunnel to replace the No2 7 ft tunnel. This new tunnel came into operation in 1938, with a test section of 11 ½ x 8 ½ ft and a maximum speed of 220 ft/sec.

By the late 1930s the increasing speeds of aircraft had shown the need for a high-speed tunnel and a new tunnel was built capable of a maximum wind-speed of 600 mph in pressures varying from 1/6 to four times atmospheric pressure.  A standard temperature of 15 deg C was maintained in the working section by means of a large cooling plant.  This tunnel was officially opened in 1942.

By 1943 a new tunnel, 11 ½ ft x 8 ½ ft was completed, using a 4000 hp electric motor giving a maximum airspeed of 400 ft/sec.  And in 1944 the first 7 ft tunnel of 1917-18 was dismantled and in its place was built an experimental 4ft x 3ft tunnel with a large contraction ratio of 32:1. This tunnel was subsequently shown to have lower
stream turbulence than any other tunnel in the world at that time.

In 1947 building work commenced on the first supersonic wind tunnel (3ft x 3ft) at NAE Bedford. At the end of the 1939-45 war, it was clear that a higher speed tunnel was needed to research the transonic speed region where compressible air-flow was a relatively new phenonemon. The transonic wind tunnel was developed from the High Speed Tunnel and situated in R133 building.

Where are they now?

We need your support!

FAST’s work to preserve and promote the wind tunnels and Farnborough’s great heritage in aviation science is entirely volunteer-led and self-funded.

Please help us continue – there are lots of ways to help!