The museum has a number of flight simulators so whether you want to experience what it might be like to be a Top Gun Pilot or an Airline Pilot making supersonic transatlantic crossings, the museum has it all and more besides.

Typical examples of the simulators on offer are highlighted below.

Note: For safety reasons there are some restrictions, including a minimum age, involved with our simulators.
Please check on the day of visiting to confirm availability (Tel: 01252 375050).

PLEASE NOTE: Unfortunately in order to maintain a Covid-19 secure environment the Flight Simulators are not currently available.

Get your adrenaline flowing by flying this fully restored 1960s Lightning Flight Simulator through the ‘Sound Barrier’. Fly under Tower Bridge in London before climbing to 80,000 feet and beyond. Our Lightning Simulator sits in a dedicated room, so just make sure you hold on tight to the controls when the lights go down. 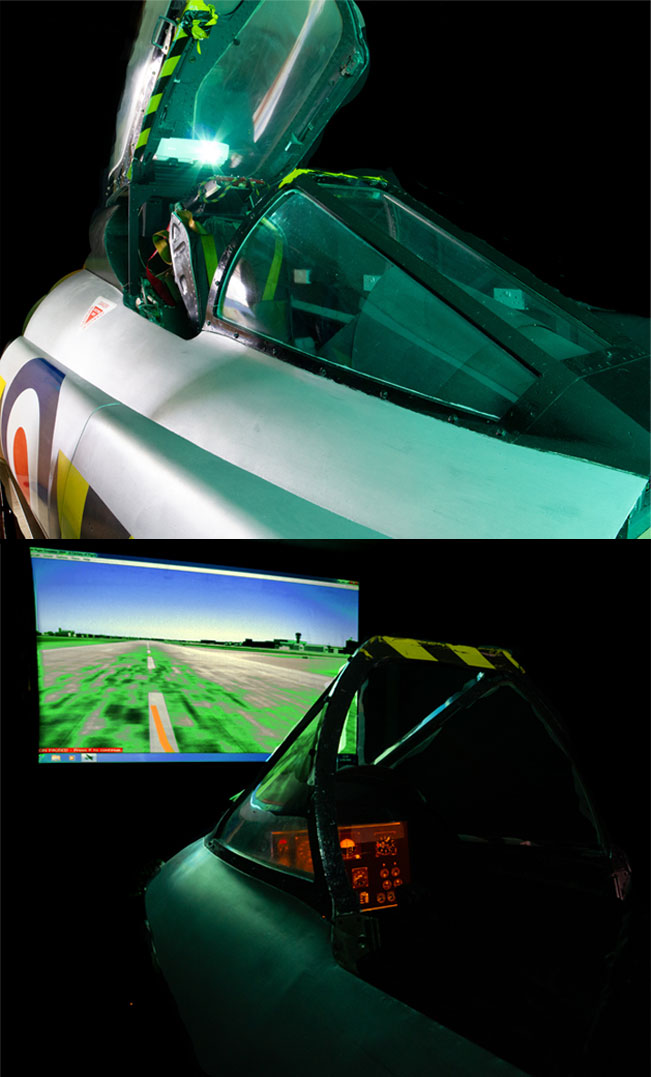 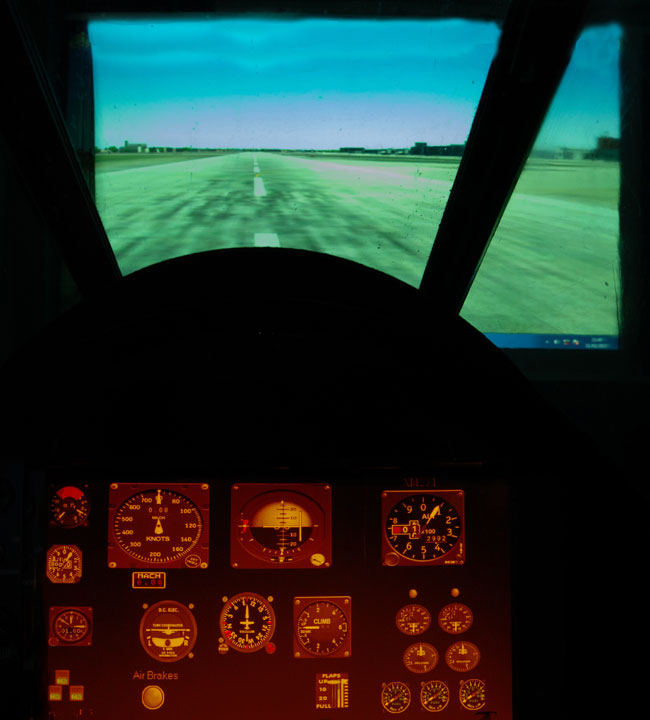 Open to all ages, this simulator provides an ideal opportunity for our younger visitors to try their hands at the controls of a WW2 Spitfire. If your child is able to reach the controls then he or she can ‘bag a kill’. Who knows? They may even grow up to become an RAF pilot. 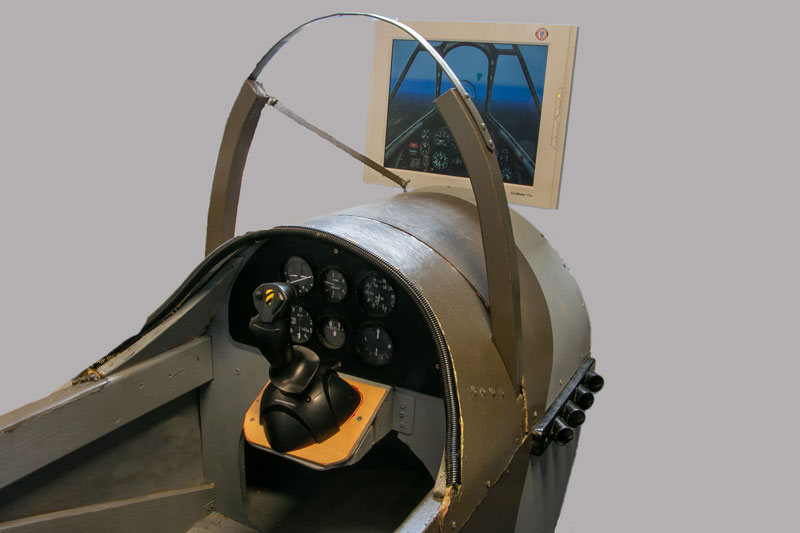 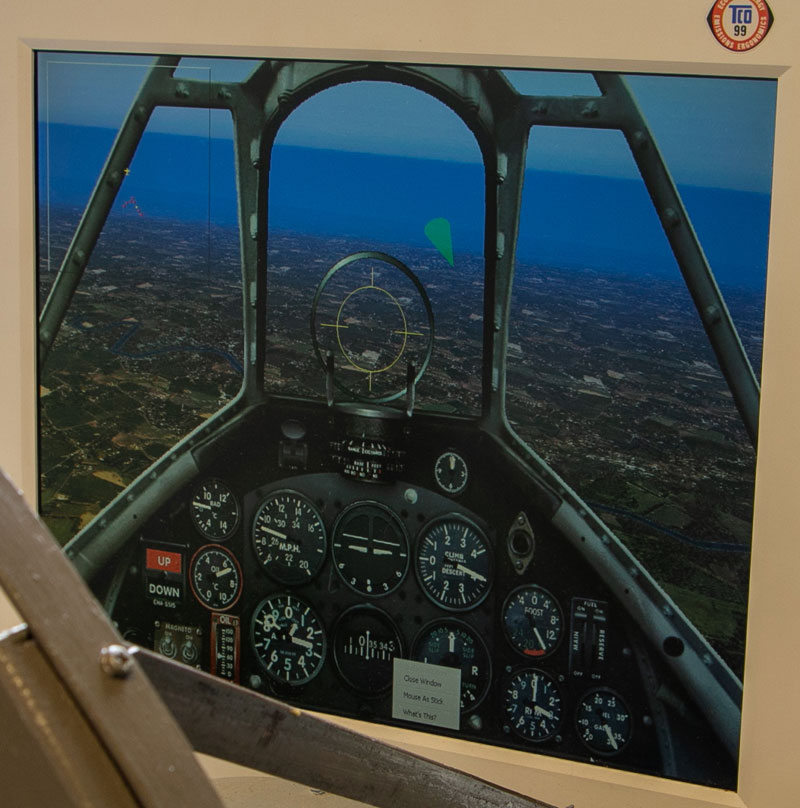 Here is an opportunity to fly our full-sized Concorde Simulator. With practice, you may even manage to get her down safely at London’s Heathrow Airport. But be warned, it’s not easy! 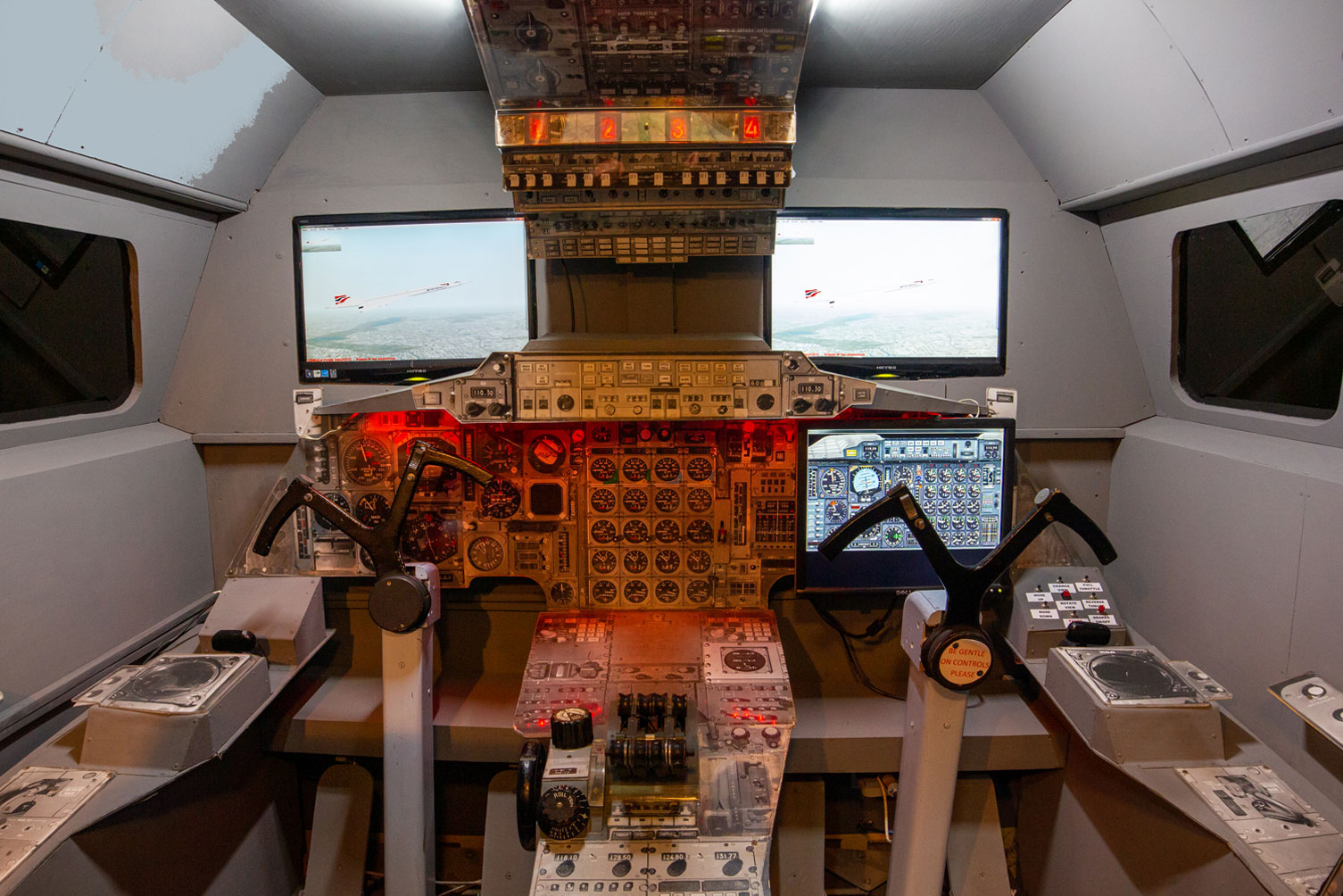 At the far end of the gallery in Hall 2 is a 2000:1 scale model board of the Wiltshire countryside.  Find out how simulators generated outside world visuals prior to the invention of computer graphics now so commonplace in use in PlayStation, XBox or similar games consoles.

Below are video still snapshots of the outside world view from a flight simulator, generated from a camera ‘flying’ over the model board.  This was a typical method used to provide visuals for research simulators in the 1980s, before the power of computers was such that real-time computer-generated scenes could be employed.