What’s at the Museum?

Welcome to the main hall in the Grade 2* listed Trenchard Building.

Exhibits to look out for include Frank Whittle’s 1943 Whittle W2/700 Jet engine and the Metropolitan-Vickers F.2, which was tested in November 1943 on the Gloster Meteor.  The Vickers F.2 was a more powerful engine than the Whittle design, but in spite of this, it had reliability issues and never saw use during the war.

For those interested in WWI, and in particular the work undertaken by the Royal Aircraft Factory in support of the war effort, an exhibition commemorating the event is currently in place.

Many examples of aviation technology are on display.  Have you ever wondered what a black box flight recorder looks like? Or how an ejection seat works? You can find out with FAST!

A huge collection of model aircraft tracks aircraft development through the 20th century in graphic fashion.

This is just a flavour of the many exhibits, which are constantly being updated.  There is always something new to discover! 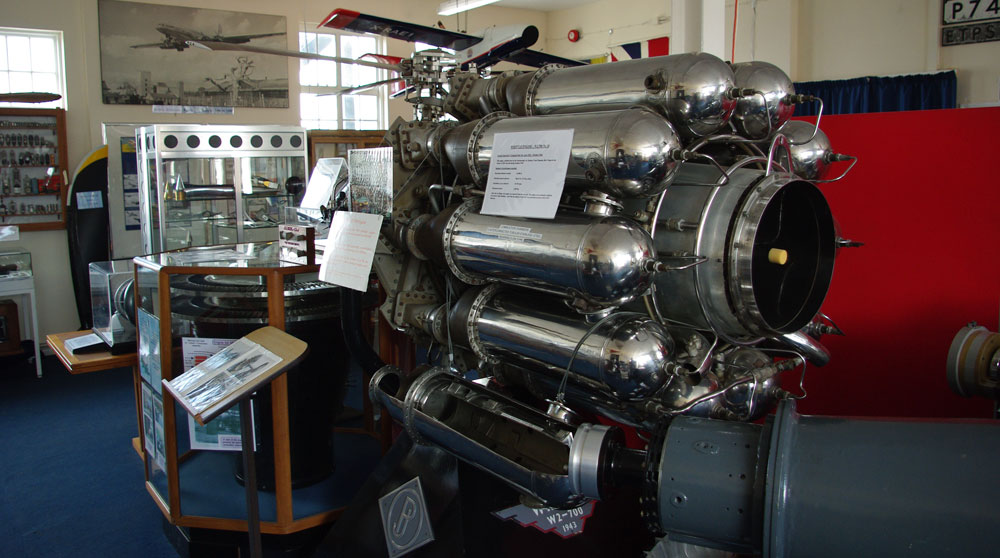 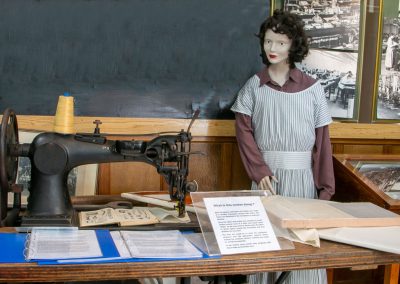 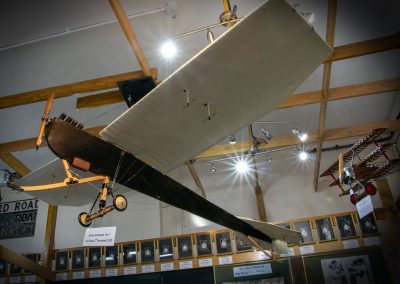 Example of the Museum’s wide ranging collection of model aircraft 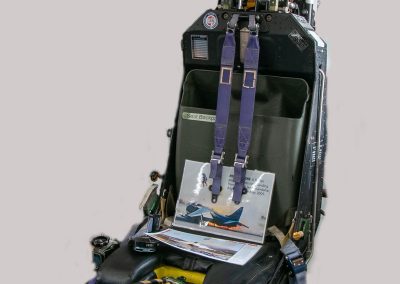 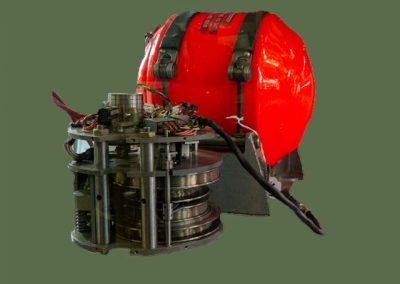 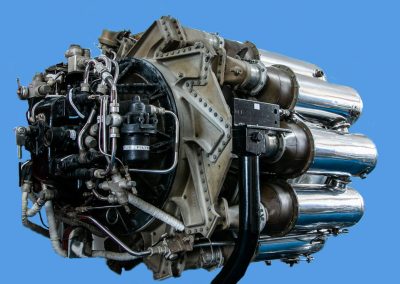 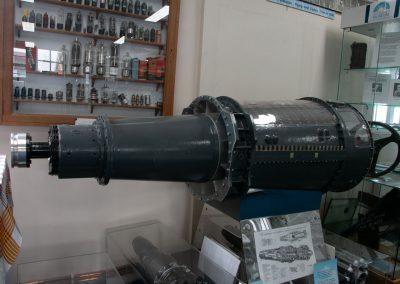 A key feature of the Hall is a rotating and cut-away Rolls Royce Conway jet engine that was used in versions of the Handley Page Victor, Vickers VC 10, Boeing 707-420 and Douglas DC-840. The cut-away allows the workings of a jet engine to be clearly visible.

Dominating the entrance to the hall is a Shorts SD3 Stiletto supersonic target drone (Mach 2.8, 91,000 ft). Travel a little further into the gallery and you will find the Chevaline Penetration Aid for the Polaris Missile System.

The RAE at Farnborough had a long-established track record supporting the UK space industry, in fact the 6″ Zeiss Coude Refractor used in the observatory on the QinetiQ site by the current RAE Astronomical Society, dates back to the Skylark Project in the 1960s. Much of this history can be explored in the Museum Gallery.

This Hall also contains a working example of a Gottingen wind tunnel recovered from Germany after the war.  Find out about how wind tunnels work and see examples of models used in wind tunnel testing.

On 10th January 1954, BOAC Flight 781, a de Havilland Comet Passenger Jet (G-ALYP), crashed after suffering an explosive decompression at altitude. Much of the work investigating the crash was undertaken by the RAE Air Accident Investigation Branch.  See a cross section of the aircraft fuselage from that fateful day and find out how the RAE discovered the cause of the aircraft failure.

The Hall is also home to several of the Museum’s Aircraft Flight Simulators.  Take the opportunity to test your piloting skills!

This is just a small sample of typical exhibits in Hall 2, which are constantly being updated.  There is always something new to discover! 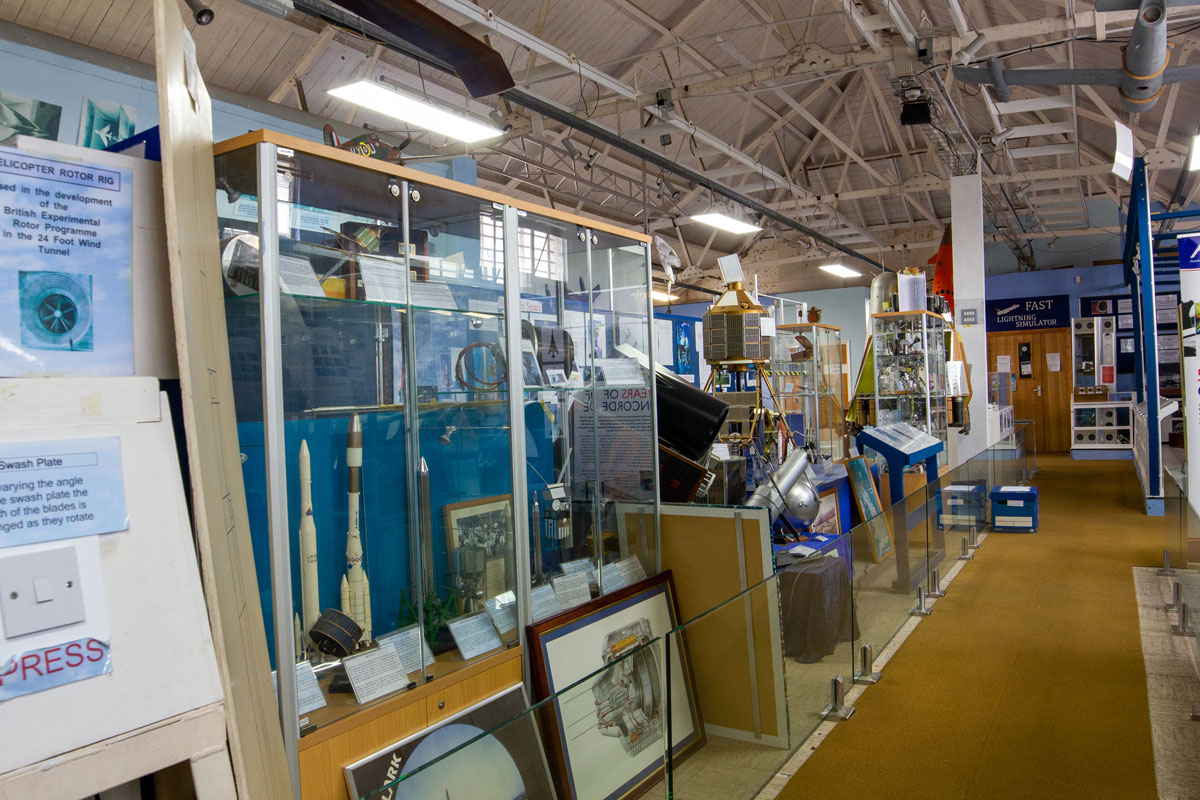 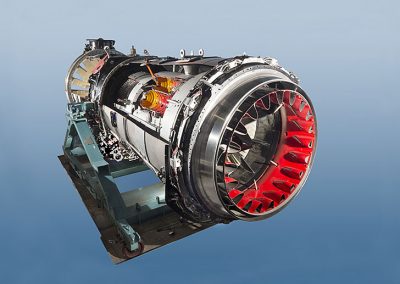 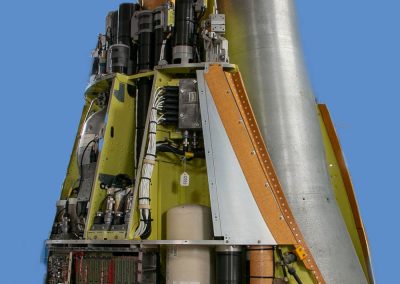 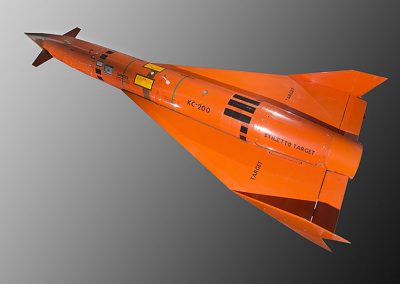 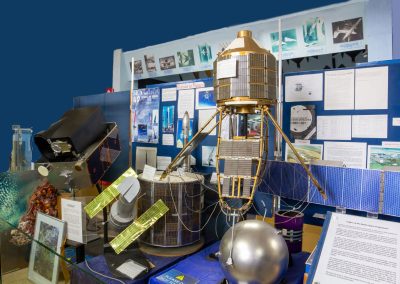 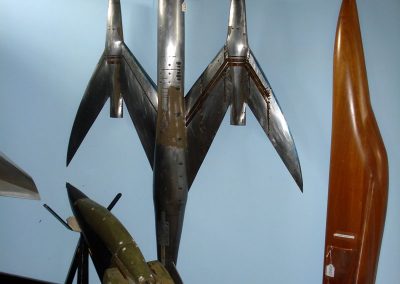 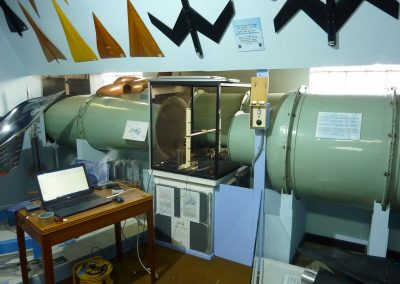 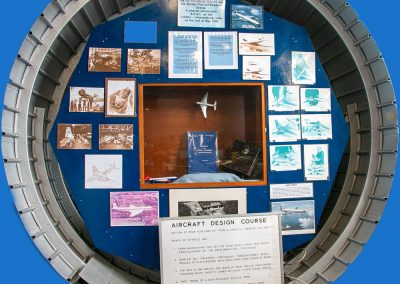 The Cody Pavilion was constructed in 2008 to house the full-scale replica of Samuel Cody’s Flyer. The replica is on show in a striking and modern building – the outer cover is similar to the roof of the Millennium Dome. Also – very appropriately – it closely resembles the Balloon Hangar of 1912 that has been restored and re-erected in the adjoining business park, which can be seen in the background from the Museum site.

The Cody Flyer Project was an ambitious undertaking by FAST volunteers to construct a full-scale replica of Samuel Franklin Cody’s British Army Aeroplane No1A. The highly accurate non-flying replica was constructed to commemorate the centenary of the first aeroplane to make a powered, controlled and sustained flight in Great Britain, which took place at Farnborough on 16 October 1908. Built at Farnborough, the replica construction took over 18 months and this extremely large exhibit (53ft wingspan) is now a visitor highlight of the FAST Museum.

Also housed in the pavilion is a replica man-carrying kite.  These were developed by Samuel Cody as a pre-cursor to his fixed wing aeroplane, to overcome the problem of not being able to use balloons for military purposes on windy days.

And finally, look out for the Rolls Royce Merlin Engine as used to power Britain’s outstanding Hurricane, Spitfire, Lancaster and Mosquito aircraft, as well as transforming the American Mustang from indifferent to excellent. 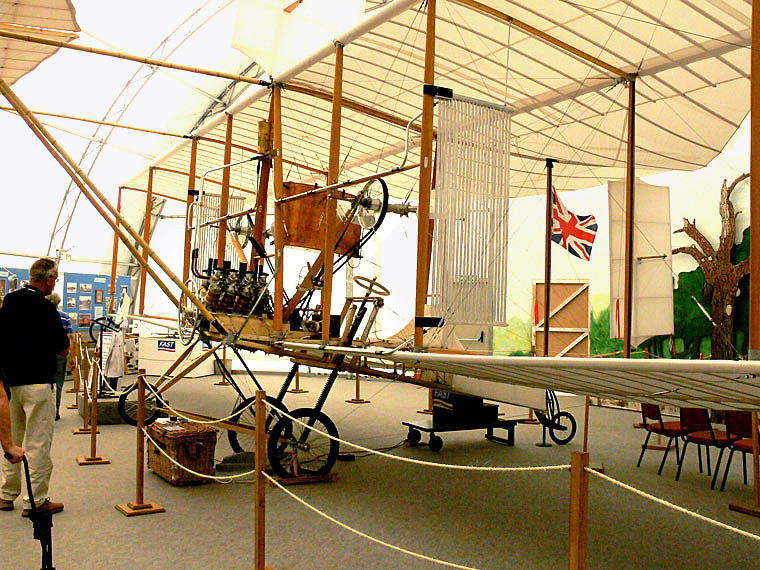 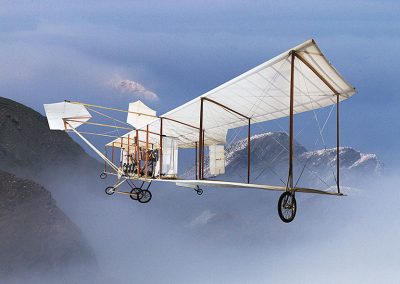 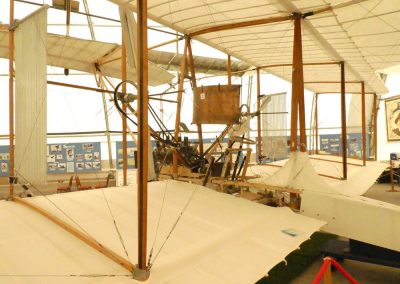 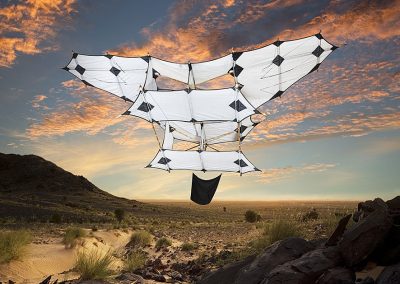 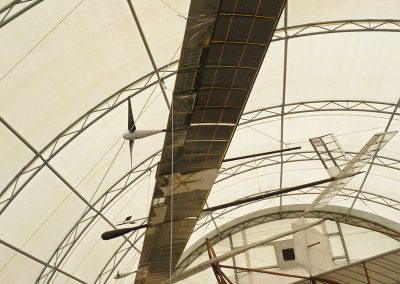 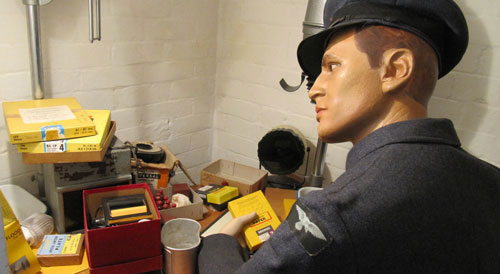 This cupboard, situated in the entrance hall of the Museum in Trenchard House, was used as the first photographic darkroom by the Royal Flying Corps in 1912. It was used by Air Mechanic FC Victor Laws who was seconded from the Coldstream Guards to the RFC not only as a mechanic but also a photographer. He was soon put in charge of the photographic section of No 1 Squadron and continued in the field of aerial photography, becoming the aerial photography expert in the RAF and known colloquially as the “Father of RAF Photography”.

It all started here! 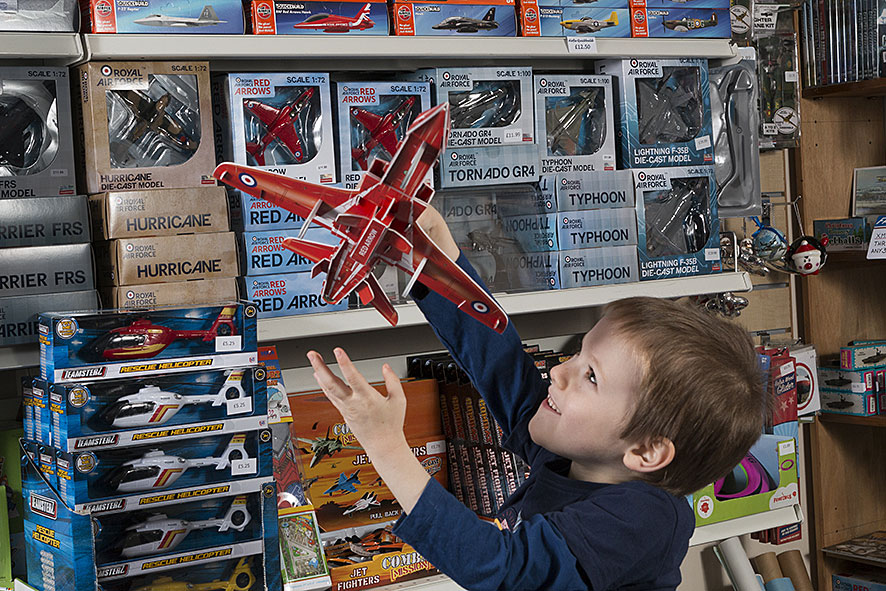 The shop located in the FAST Museum is a valuable source of income for the Trust. The shop stocks a range of publications, photos, models and toys.

The range of stock in the shop has been expanded recently and includes books on Cody, Pyestock and the RAE, plus many donated books covering a wide range of aspects of aviation.

For an extensive range of aviation related items, you can also visit our online shop.